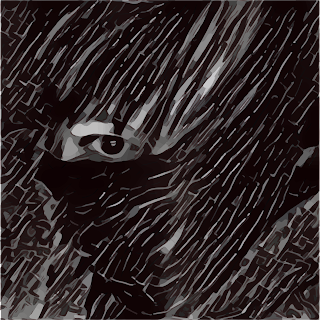 You know that feeling when you have started another Nanowrimo and you're cruising along and your story is basically WRITING ITSELF and... Wait, no? Yeah, me either.

It has been going relatively well until I was sidelined by an outrageously strained elbow over the weekend (it's a thing, y'all, and I'm almost certain it came courtesy of my day job but moving on...). I'm now 4,000 words behind the target for today, but that's not the worst of my troubles.

THERE ARE NO BAD GUYS IN THIS STORY SO FAR. No bad hombres. No tortured and vengence-seeking souls. So far there are three characters. Let's not dwell on the fact that I've written 16k plus words with only three characters, shall we - FIND MY VILLIAN!  While this sort of pantsing - a nanowrimo term for writing by the seat of your pants, with no outline or anything - is fairly normal for me, this is the first time that I haven't been able to come up with any sort of climactic plot point...so I'm scared, really scared.

Okay, not really. Maybe a little. My point here, though, my Brave Lettuce Readers, is to heed the words of your English teachers (or, in my case, my mother) and DO THE WORK - in this case, an outline ahead of time. My main character has been begging for an origin story since before Wanderer so I give it to her and what does she do? Wander around in the Outlands on her magical horse and THINK DEEP THOUGHTS.

I'm telling you what, if she doesn't stumble into something awful soon I'm gonna have to start killing off characters, and since I only have three - three and a half, actually, since one is only writing letters - it isn't going to be pretty.

Are you working on a nano this month? How's it going? I'd love to hear about your projects in the comments - maybe that would help me kick her in her robes and get this story going.
at November 12, 2018