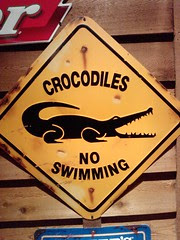 He looks hungry...
Originally uploaded by Nancy Dunne
I was listening to Radio Four's Americana with Matt Frei yesterday while having my tea, and the topic was "Conservative economist Thomas Sowell on how America's greatness is being dismantled." Let me pause a second before I get started and say that while I do enjoy listening to this program, it's a bit of a bone of contention in our house because my husband LOVES a good debate. I do not share that love, and often come out of these "discussions" feeling as though I've endured an hour's worth of America Bashing. My rational mind knows that is not the case, but my emotions often take over when the topic is my country.

You would think that since I freely admit to loving the United States of America, warts and Republicans and all, that I would understand the motivation behind the "Tea Party Movement" even if I don't agree with it. This morning I've devoted quite a bit of time to researching these "teabaggers" (*snort*) and I've got to say that I'm even more puzzled by them than I was when I started.

Call me naive. Call me a tree hugger. Call me a socialist. I'm not thick and I'm not reading "left wing propaganda" describing this movement and its proponents. I'm going to their own websites and checking out the profiles of their champions that are in their own words...and I gotta say, I still don't get it. Here's what I'm seeing and what it is leading me to believe...I'm sure I'll be corrected every way but Sunday, but y'all, maybe before shouting at me you should look at your PR people with a closer eye because they're the ones that are producing this convoluted information.

Aren't you proud of me? I haven't called it drivel...yet.

I feel that calling the current loose conglomeration of dissent the "Tea Party Movement" is disrespectful to those patriots that opposed the taxation imposed by the British. The main problem there, unless I seriously slept through ALL of my history classes, was that there was no representation of the colonists in Parliament when these taxes were voted on and approved. None. As in zero. The people voting on the taxes lived in England, not Virginia. Now all of those people that you Tea Party members see as oppressing you? They're all Americans. YOU voted them into office, if you voted. So...um...not the same thing. Dissent may be patriotic, but this isn't dissent. It's more like you've changed your minds.

I already know what the argument will be for my next statement, and I can bet it will have the word conspiracy in it at least once, but this one is for the birthers out there. Barack Obama, II is an American. He was born in Hawaii, and I think we all agree that Hawaii is a state and not just some random collection of Polynesian islands. I feel fairly safe in believing that when the then senator from Illinois submitted, via his political party, his intention to run for the office of the President, SOMEONE up there in Washington vetted his creds to see if he was elligible to run. If he'd been born in Kenya or Bali or wherever else these folks claim he was born, HE WOULDN'T HAVE BEEN ON THE BALLOT.

I will say that I'm not sure how I feel about the Health Care Reform business because I'm still weeding through all the miles and miles of text of the bills and the amendments and the opposition and and and...but I can say this: Those of you that are outraged because the law forces you to have health insurance, are you kidding me? I suppose you're also opposed to laws that make driving a vehicle while intoxicated illegal, and the one that requires you to wear a seatbelt? I was pleased to see, however, that there is a tax imposed on indoor tanning...or as I like to call it, Please, Give Me Skin Cancer and Let Me Pay You For It.

Here's a neat tidbit I uncovered: all that bailout business that the right whinges on about being proof that Obama doesn't care about America etc etc etc? Yeah, that was a Bush thing. How soon we forget.

And what of the ringleaders of what seems to me to be quite the circus of discontent and anger and...patriotism? I've never liked Bill O'Reilly, Rush Limbaugh, or Rupert Murdoch. FoxNews is a joke as far as Fair and Balanced goes. (And before you ask, no, I don't watch CNN. Currently I'm getting my news from the BBC and the Daily Show, thanks for asking.) Sarah Palin? Seriously, that's a whole blog post in itself but I'll sum it up by saying I think she's a victim of a political machine desperate to lure in female voters. You can't dress up a pit bull in lipstick and expect it to do anything but bark incoherently. Mama Bear will still maul you as soon as look at you...she's not the best choice for rational conversation.

This post is sliding down into a right proper rant so I will wind it up by saying that I love my country. I'm proud to be an American. I don't think that Mr. Obama is a savior, I'm not waiting for him to pay for my way through life, and I feel that he has missed the mark on some things that I was hoping to see when I cast my vote for him as my choice for President...and I can't wait to get back home and add my voice to those rational Americans not won over by the current cacophany of fear-mongerers and bullies.
at September 06, 2010

Agreed on all of this. I want to start an expat blog now! I will say that I'm kind of not loving the whole 'forcing people to have health care' solely because they haven't thought out the whole part about how people are going to AFFORD this health care they're being forced to buy. Some of these people will be against it just because they don't want the government telling them what to do (insert eye roll here), but I do think it's maybe a little premature to be forcing people to pay for something that's still astronomically expensive and set to bankrupt people.