Notes from Exile: Stargate SG1 in the time of COVID-19 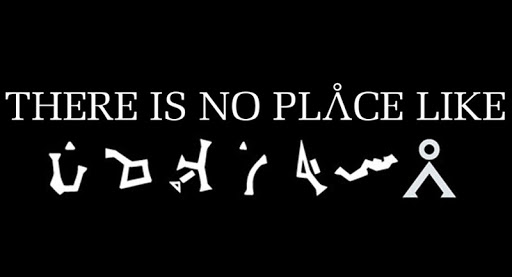 So, Hubs and I have been working our way through all ten seasons of Stargate: SG1 over the summer. I somehow never watched it when it was on television, so in order to avoid having to turn in my nerd card, I started watching it. Unlike Babylon 5, I didn't hate the first season (I watched the movie first, so that could have something to do with it), and I did watch all the way to the end. I did not switch over to Stargate: Atlantis or Stargate: Universe, and I haven't watched any of the movies yet.

So we were watching the series finale last night and I was really not enjoying it. At some point, I decided to talk about it, and got Hubs so wound up (because that was one of his favorite episodes) that he requested that I just shut up and watch. What I was not liking about the episode was - spoilers if you haven't seen it, but seriously it's been at least 10 years so, #sorrynotsorry - all of them being trapped in the spaceship with no real timeline for how long they would be there.

I was spewing ideas about how it was too drawn out and how most of season ten had been almost slapstick in its levity so this level of emotion was jarring. But I think it was the parallel to how at least some of us have spent the time since mid-March that was more than jarring, it was downright unsettling. It came to me during the scene where Col. Mitchell was running through the ship, and then ends up in his quarters, throwing things around and destroying everything he could get his hands on.

At first, on Stargate, they all tried to work with Lt. Col. Carter to find out how to escape from the time bubble without the ship getting exploded by a shot from a hostile vessel. But after a few weeks and then months, they started getting on with whatever they could on board the ship. In the end, they were trapped there for 50 years, as barely a minute passed outside the bubble.

I have chosen to stay at home almost exclusively since mid-March. I go out on the weekends to get our grocery shopping done. I have spent one evening, recently, at the home of one of my beta readers, going over feedback for an upcoming novel. I drove to Georgia for the completely outdoor and socially distanced funeral for my Aunt Mary back in April. Other than that, these four walls and occasionally our yard and street (to get the post) have been the extent of my world. For five and a half months, I have been here.

The first parallel is that I have watched eagerly - in the beginning, until it became begrudgingly - as each Coronavirus Task Force Report played out on television, hoping that the day would come SOON that a vaccine had been developed and life would return to normal while we could still remember what normal was. We would be back on campus in the fall. There would be football Saturdays and renaissance festivals to look forward to - but none of that happened. Every "cure" and treatment and suggestion by anyone in charge would be the next best thing, and then it would fail. Finally we all were advised to wear masks, and while that seems to slow things down, it was not widely enough adopted to be really effective.

The second parallel is how my life adapted easily, it seemed, to getting on with things here. I am one of the lucky ones that could do my work from home, so I filled those endless days with transcription and planning for the summer semester, still certain we would be back on campus in the fall. But, just as it did on board the Prometheus in the time bubble, that started to wear thin too - didn't take 50 years, thankfully, but it happened. It comes with the moving of the goalposts, I think, from "This will be just until the beginning of April," to "I'm sure we will be back on campus in June," to the current "I am remote working until January."

The final parallel, or where everything fell into place for me last night, was the scene I mentioned above, where Cameron is shown running through the ship, then sparring with Teal'c and taking things more than a bit too far, and then finally losing it in his quarters and destroying things. I can completely understand the feelings there. I ran through the ship for exercise while I was buying a desk and setting up an office in the spare room in our house. I sparred without caution as I let myself have free reign to eat what I liked, hang out on the couch all day during the summer, and generally did nothing in terms of self care because WHAT WAS THE POINT, ANYWAY? And finally, on the inside anyway, I am raging, I am destroying, I am screaming - but not out loud, not in front of people, and certainly not when I'm taking my scheduled exercise at the grocery store and Costco.

And the grand moral at the end of this tale, the moment you've been waiting for if you've made it this far reading is that there isn't one. It's me, and Hubs, and the dogs, here in the house, and likely to be that way through that mystical far off time called January. Three months ago I would have said that in January we will all step out of our isolation and fall back into the swing of things as they were before. After all, on Stargate last night, they managed to reverse time and stop themselves from going into the time bubble in the first place. They were reset - the past 50 years didn't happen (in true Bobby Ewing style, if you ask me) and they were ready to go on another adventure through another wormhole.

We can't reset anything. We are here, for better or worse, six chevrons are encoded and we're just waiting for the seventh to be locked in. (Thanks, Walter.)

Notes From Exile: There was no circle, nor were there dots...